By Hedvig Skirgård - February 02, 2021
In order to move forward towards racial and social justice as a discipline we must become familiar with our history and the ways in which racist, colonialist, sexist and classist ideas are still present in our academic spaces. I would like to present to you a concrete piece of evidence of our racist past in particular - a world-map where languages are grouped into three races: white, yellow and black.
I started writing this blog post several years ago, but ended up not posting it because I felt there was so much to say and I wasn't sure I was the right person to say it, nor able to cover all related content in a fair and accessible manner. With the recent publication of the article Toward racial justice in linguistics: Interdisciplinary insights into theorizing race in the discipline and diversifying the profession by Charity Hudley, Mallinson & Bucholtz in Language (and the responses and commentary), I felt inspired to share this map now - even if the post will be shorter than I had originally imagined. I think it is essential that we as linguist fully internalise that racism was not confined to a few fringe individuals, it was and is an ideology which permeates everything - including science and research.
Charity Hudley, Mallinson and Bucholtz outlines several steps which they believe linguistics as a disciple need to take in order to advance towards racial justice. One of them is:
In the spirit of that, I'd like to talk about a Swedish map from 1924 depicting the languages of the world, coloured by language families and grouped into races.
This map is part of a set of maps which was made by the Swede Docenten Friherren Sten De Geer. De Geer was docent in geography, which is a higher academic degree than doctor. He specialised in economic geography and ethnographic/cultural geography. These maps were published in an atlas by Åhlen & Holm AB  for the Swedish Red Cross. The atlas was made to educate the general public of Sweden and Scandinavia about the world's countries and people.
The map in question is found on the lower part of the image below. The image contains two maps, the upper one depicts religions and the lower languages. All languages of the world are grouped into linguistic groups (such as Germanic, Bantu or Malayic) and subsumed under a super-category of race. For example, Germanic languages are of the "white race", Bantu "black" and Malayic are of the "yellow race".
I've included both a colour and black-and-white version for easier readability, and below I've translated the Swedish text into English. If you want to see a higher resolved version, go here. 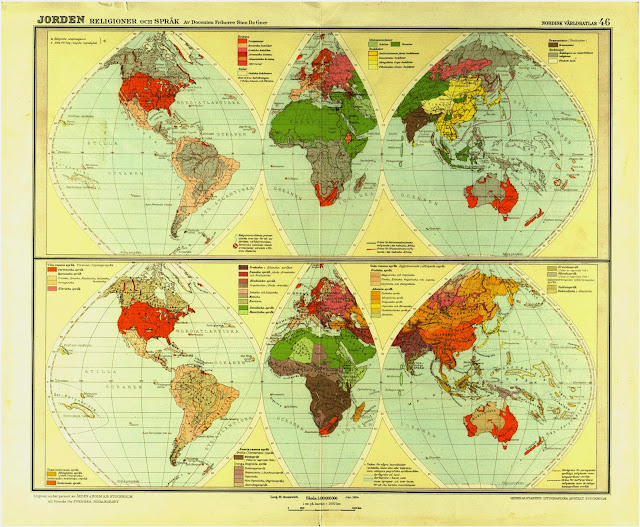 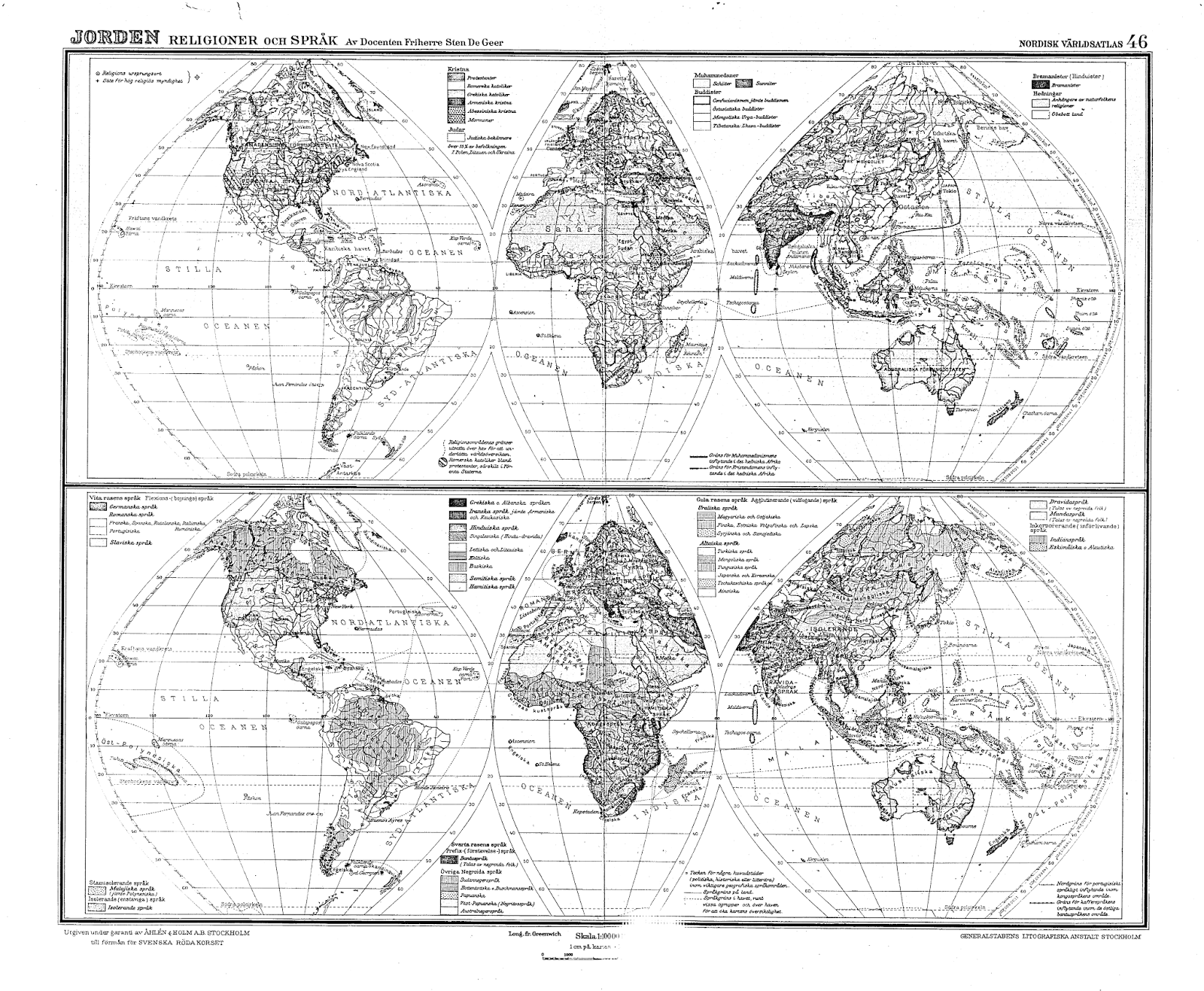