By Annemarie Verkerk - February 20, 2020
Some turning points in linguistic typology are easily recognised, such as the ground-breaking work by Joseph Greenberg on implicational universals entitled "Some universals of grammar with particular reference to the order of meaningful elements" (Greenberg 1963). Other turning points are less well-defined, less commonly associated with a single paper, or a specific typologist, team, or place. But there was definitely something in the water during, let's say, a period centred around 2010 – a change that we could call the quantitative turn in linguistic typology.

Linguistic typologists have long recognised that the languages of the world are related in various ways, most importantly, in nested arrays of hierarchical descent (genealogy) as well as in so-called Sprachbunds or linguistic areas (geography). For a long time, i.e. work reaching from Bell (1978) all the way to Bakker (2010), these interdependencies have been viewed as something of a nuisance, something to get rid of using sampling: Only languages from as many as possible different and independent genealogical and geographical units are included in one's study. Correlations and distributions are then assessed using contingency tables and statistical tests that evaluate differences in counts, most importantly, Fisher's Exact test and Pearson's chi-squared test.

Between 2008 and 2010 or so, something changed. Linguistic typologists started using methods that no longer relied on sampling techniques. (At least) three more advanced quantitative methods for linguistic typology emerged:

I'm not quite sure who first introduced regression models and later, generalized linear mixed-effect models for linguistic typology. Sinnemäki (2010) is certainly one of the first, in his 2011 dissertation he describes how he got the idea of regression modelling from a lecture by Balthasar Bickel in March 2008. Other studies employing regression models that came out around the same time are Cysouw (2010) and Bakker et al. (2011). Good examples of fruitful usage of these methods are Moran et al. (2012), who falsify the idea that there is a positive relationship between population size and phoneme inventory size first proposed by Hay and Bauer (2007), and Atkinson (2011), who proposes a negative relationship between phoneme inventory size and distance from West Africa. The latter paper triggered a lot of replies on the typological and sociolinguistic measures used in linguistic typology and appropriate statistics for evaluating interactions between them.

Out of these three methods, it seems that generalized linear mixed-effect models are now fast becoming the most widely used statistical tool on the typologists' belt, with a flurry of recent (recent meaning 2018/19) papers such as Gast and Koptjevskaja-Tamm (2018), Lester et al. (2018), Schmidtke-Bode & Levshina (2018), Sinnemäki & Di Garbo (2018), Schmidtke-Bode (2019), and Sinnemäki (2019). The most important one of these from a methodological perspective is Coupé (2018), who reports on the recent usage of generalized linear mixed-effect models but goes much further by introducing generalized additive models for location, scale, and shape for linguistic typology.

It's 2020! Palindrome Day has come and gone, and anyway – this year marks the first full decade after the the quantitative turn in linguistic typology. That is, if we want to put down the year 2010 for that – for sure it had been coming on for a few years in 2010, so feel free to argue with me on that. I think that it's absolutely wonderful that these methods are being used and developed further, and I hope to see this this particular element of doing typology flourish in years to come.

I also hope to have made the teeny-tiniest contribution to this flourishing by teaching a one-week course on quantitative methods in typology for LOT last month. We made an overview of pros and cons of these three methods (plus good-old-fashioned sampling) in class – so see below, there's your guide to your method-of-choice, depending how hard-core you want to go (Ben Bolker's GLMM disclaimers are always a nice way to come back down to earth). 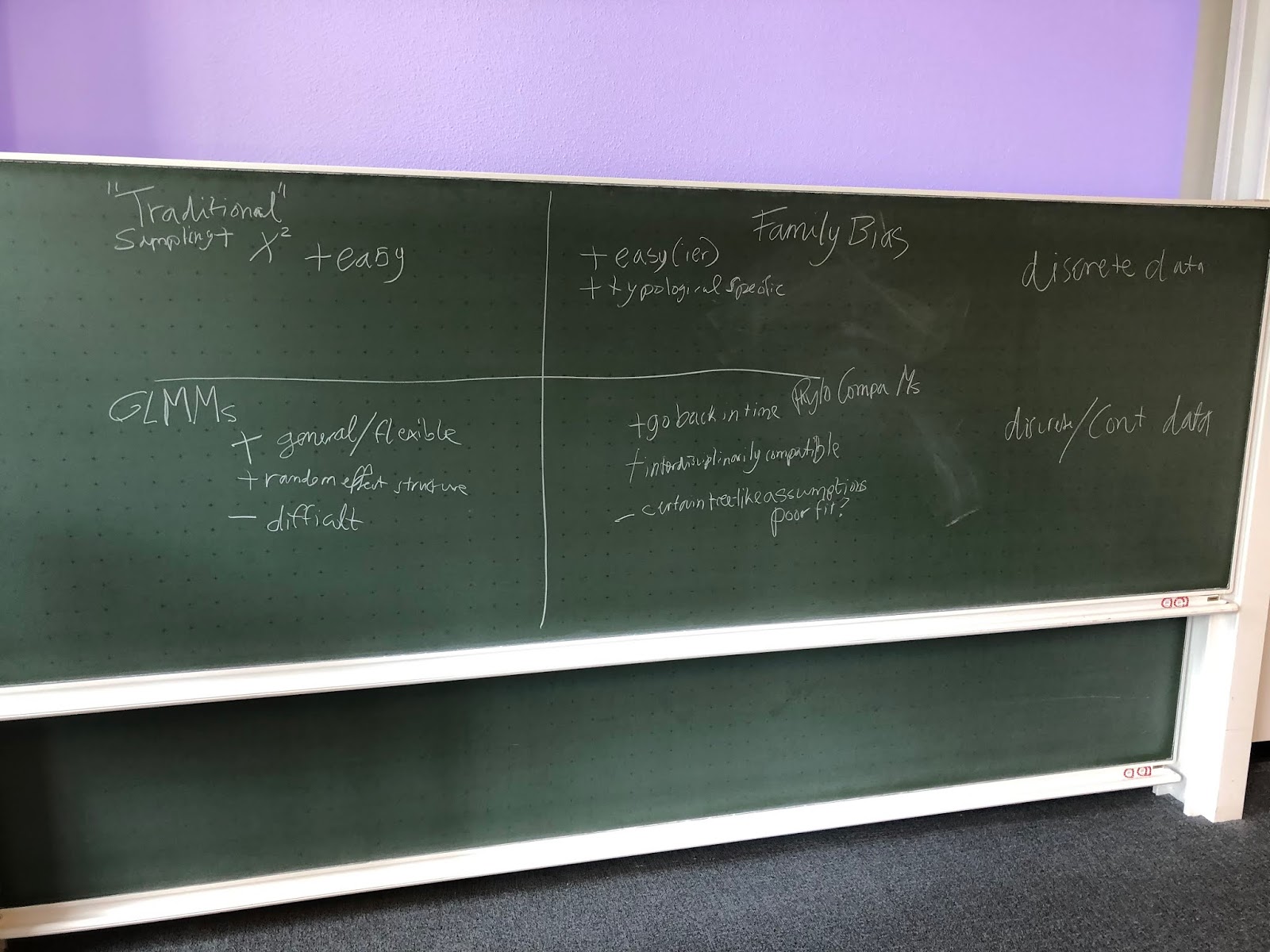 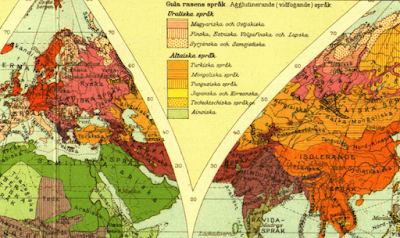