Showing posts from July, 2015
Show all

Infographics time and the trouble with second languages

Infographics time again! Last time it was that pretty graph from South China Morning post that had huge spread and lots of problems, see this post about that infographic and also this one about journalists, researchers and info graphics . This time we've got two infographics of "second languages of the countries of the world" using almost the same data - one by  the site MoveHub.com who works in international moving  and one  interactive map made by Olivet Nazarene University of countries second languages.  I'll go through some of the problems with these infographics, suggest some improvements and show some other neat relevant illustrations. If you have any questions or if you're a journalist interested in writing about the languages of the world and require assistance, don't hesitate to contact us. Both infographics features data from the CIA's World Factbook  - a US-run enterprise to provide information about the world for policymakers. The fac
3 comments
Read more

If you are not a linguist...

By Annemarie Verkerk - July 17, 2015
A few months ago, a paper came out in PNAS (Dodds et al 2015) that triggered blogger Joe McVeigh to write a post with the title "If you’re not a linguist, don’t do linguistic research". I’d like to take the opportunity here to discuss this attitude. (In light of full disclosure, I am an originally conventionally trained linguist but started using less conventional phylogenetic methods during my PhD, and now work in an interdisciplinary lab together with biologists and computer scientists. My 2014 dissertation even featured on this blog before! ) This post is not about the PNAS study, and it should be noted that Joe McVeigh did write a later post with a somewhat apologetic title (“If you’re not a linguist, big deal! (We have cooties and are into weird stuff anyways)”) . However, I think that this general sentiment is quite alive among linguists, and has been for a while. An earlier example of this sentiment can be found in archeologist Colin Renfrew's 2000 paper
3 comments
Read more

On Monday the International Linguistics Olympiad starts in Blagoevgrad in Bulgaria. 44 teams of secondary school students from 29 countries will compete in solving linguistic puzzles. They will compete in 18 different languages, you can read more about those here.  The olympiad is about solving linguistic puzzles based on the languages of the world (it is not a test of competence in different languages, just like linguistics is not the science of knowing the most languages ). We want to wish all participants all the best, good luck everyone! If you're wondering anything about languages or linguistics, feel free to ask us Humans for advice ! Linguistics is a great discipline, it's great to see so many enthusiastic young people from all over the world get together to celebrate it. I hope they all have tons of fun and learn loads :)! If you want to follow the IOL around on the internets, check out this post for different ways of doing that  and keep an eye out for #iol
Post a Comment
Read more 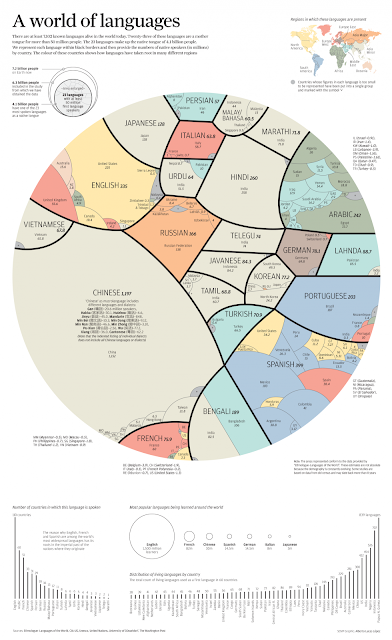 Workshop in Jena on Austronesian linguistics, archeology and genetics

Last week at the new MPI for the Science of Human History in Jena, there was a two-day workshop on the peopling of island Southeast Asia and the Pacific, organised by Russell Gray, Lisa Matisoo-Smith and Simon Greenhill.  It was divided between talks on archeology, linguistics and genetics, with a couple of others on computational modeling from anthropology and ecology.  The titles and abstracts of talks are  here .  Here is my brief and perhaps slightly garbled summary of the talks. Archeology Bob Blust said in his talk that linguistics can make predictions for archeology, such as the presence of Neolithic rice remains in Taiwan, because Austronesian languages originated in Taiwan, and Proto-Austronesian is reconstructed as having many terms for rice.  This prediction turned out to be vindicated, such as by japonica rice grains found at the 4500-5000 BP site at Dabenkeng.  In this spirit, some archeology talks were on migrations which we know happened from linguistics, but
Post a Comment
Read more
More posts