By Hedvig Skirgård - March 06, 2015
We've talked here before about researching the diversity of the worlds languages through parallel corpora, and I provided a little list of some interesting items in this respect (also found below). Basically the idea is that by comparing text that are very similar to each other in meaning we can find differences and similarities of lexicon an structure without having to consult descriptions of the languages (which for example involve a lot of interpretation). This is not a perfect method, but it can serve as a complement and answer some interesting questions that cannot be solved by descriptions only.

In that list one can find "Le Petit Prince" by Antoine von de Saint-Exupéry which has been translated into at least 216 languages. We are much pleased to inform you that the latest addition to that list of translations of "Le Petit Prince" is into Casamance Creole [pov, upper1455]. Casamance Creole is a contact language spoken in southern Senegal and has gotten the majority of its lexicon from Portuguese. In contact linguistics we call this the lexifier, i.e. Casamance Creole is a Portuguese-lexified creole language of West Africa. It is the native language of at least 10,000 people in and around Ziguinchor. You can read more about the language here. It is Nicolas Quint, Noël Bernard Biagui and Joseph Jean François Nunez that have created the translation and you can get it here or at amazon. They are all linguists who have worked on this and other languages of the area.

Speaking of creoles and parallel texts, among the many languages that "Le Petit Prince" has been translated into we actually find quite a few creoles: Moriysen, Kabuverdianu, Kréyòl Gwadloup*, Kréyol Matinik*, Haitian, Seselwa , Reunion and Guianese. You can see (nearly) all languages that have a translation here.

Now, it needs to be said that all these languages are either French- or Portuguese-lexified, which means that a comparison might not be exactly as exiting as if the sample was more diverse (perhaps even containing non-indo-european lexified contact languages). On the other hand, having a smaller set of closely related languages for comparison means we can make better predictions about what is correlating with the differences since we can control for more variables. We can compare these different languages in terms of the features of APiCS, but we could also complement this with some comparisons of the parallel corpora. In many of the features of APiCs these languages are similar, but perhaps we would find something we didn't think to look for if used the parallel texts.

There are 9 languages in APiCS that are French-lexified, here is a screen dump of an interactive map from APiCs showing where they are: 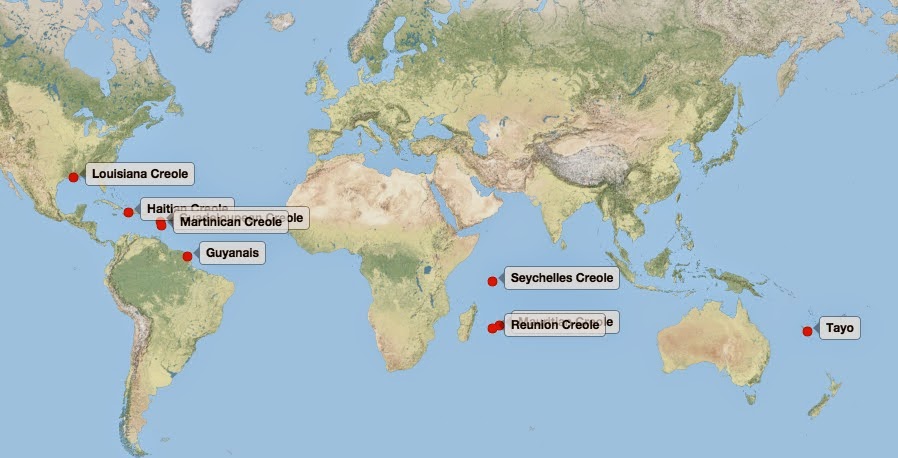 There are 14 Portuguese-lexifed, they are here:

If you want to know more about these languages and how they are alike and differ, have a look at them at the Atlas of Pidgin and Creole Language structures online (APiCS). They're all there and they have been filled in for lots of features, go check it out.

If you are interested in research of linguistic diversity by means of parallel corpora, do read the previous post. It contains lots of good tips, links to interesting articles and background. 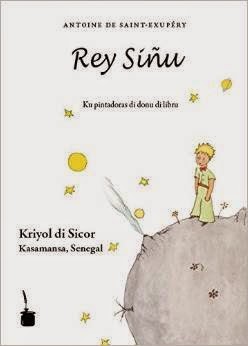 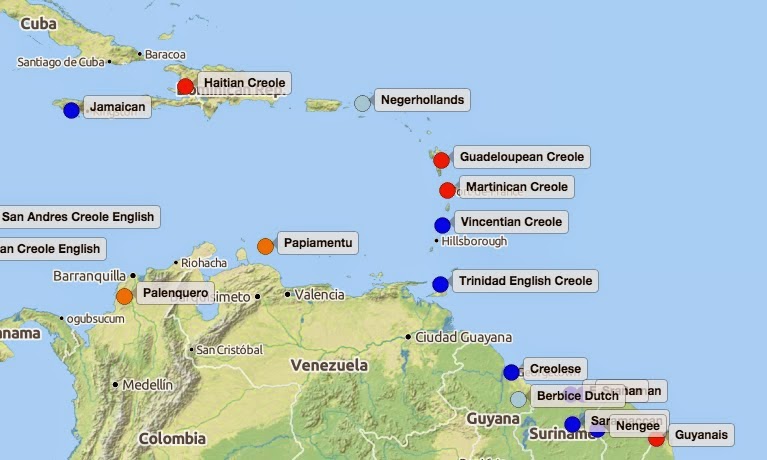