By Hedvig Skirgård - September 04, 2014
Apparently Putin has been arguing that one of the motives of going into Crimea is that Russia owes protection of Russian speakers everywhere. As you probably can tell this is a very strange argument and if it was true the world would look very different. The Economist decided to follow up on this and based on the CIA Factbook and the Ethnologue they produced the map you see below. They also added some fun commentary, go read! 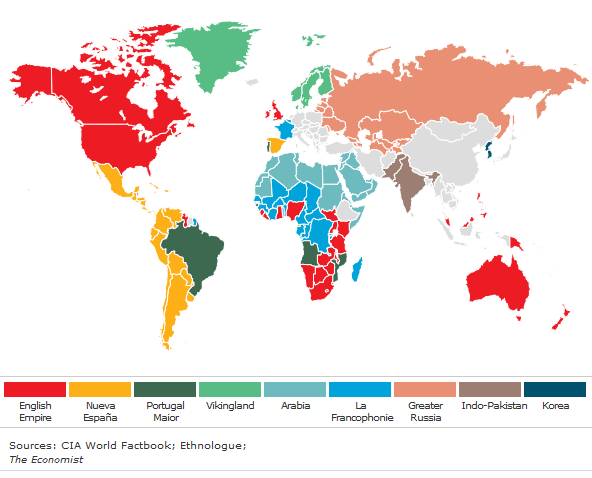 © The Economist Newspaper Limited 2014
Besides being a fun joke on Putin's silly argument, this map is a very educational illustration of colonialism and in particular the so called "Scramble for Africa". If you missed that part of world history in school, do take a long good look at this map up above by going to the original article and zooming in.

The blog of the Ethnologue also joined in and added some much needed reflections on the state of diversity in the world today, it's a definite must-read for all interested in linguistic diversity and the Ethnologue.

There's approximately 7 000 languages in the world today and 193 member states of the UN. The idea of one country = one people = one language = one religion = one culture is not universal, not in space or in time. It has it's modern origins in nation state building era in Europe in the 1800's when we started cutting of linguistic continua, standardizing languages even more and just in general building a unified national identity. Monolingualism, individual and in a community, is not a as common in history and over the world as you might think.

Many empires and nations have existed with a plurality of ethnicities, religions, languages etc. If you're interested I really, really recommend reading more about the history of nation states here and/or watch this short, humorous and educational video about the Persian Empire here. If you want to learn even more about multilingualism in the highly successful Persian Empire, there's this good academic but still easily readable publication.

In fact.. this all got me thinking. How far does this argument of Putin's stretch in time and space? How different can the language varieties be? And also, if there are lots of speakers of different major languages somewhere - who wins? I guess the one with the largest population in the geographical area, or more economic power.. or firepower.

I'm a Swede and I'm asking as a citizen of what would become "Vikingland" (the green parts). Nevermind the lumping together of our languages & cultures, I actually don't mind that and believe that Swedes in general should make more efforts in understanding Danish buut... I feel we've potentially been given too little land, depending on the rules we're using. In this brave new world I'd like to try and claim at least Estonia and this little village in Ukraine called 'Gammelsvenskby' (Eng: 'Village of the Old Swedes'), which, just to add to the humor of it all, is not that far from Crimea. You see, there's a variety of Swedish spoken there. They got separated from the motherland around 14th century by the (du-du-duuuh) Russians. You can read more about the Swedish diaspora here.

Depending on the size of the territories that are up for discussion (why only "countries"?), the disparity of the languages varieties, population sizes etc we could attempt claiming this plot of land and many others. Scotland is btw apparently already interested in joining us Vikings, and I for one bid them a warm welcome!

Last year, a Russian news anchor Дми́трий Киселёв* accused Sweden of organizing anti-Russian protests in Kiev, together with Poland and Lithuania, in order to seek revenge on Russia for the Battle of Poltava in 1709. (Yes, apparently we're holding a 300-year-old grudge.) 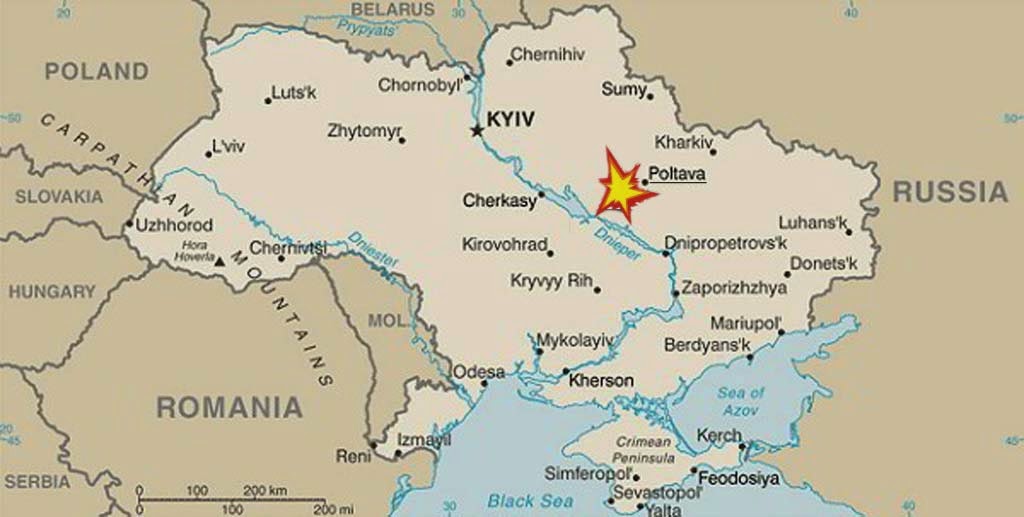 This is of course ludicrous, we're a tiny nation with no intentions of retaking territories or picking a fight with any of the super powers of today. For crying out loud, we stayed "neutral" in WW2 - we didn't even formally side with the allies or officially send armed forces to help our Finnish brethren against Soviet in the Winter War (we did send volunteers though). I feel very strange having to spell all of this out, but I don't know our readers knowledge on this subject. This news piece is however very authentic and sincere and it's actually by the same man who hated on Swedish children's TV a while ago.

What the Mr Дми́трий Киселёв has against Swedes I will never really know, but these rhetorics from Putin and the map by the Economist has got be thinking about that old battle of Poltava again and Swedish claims to Ukraine - perhaps Киселёв is right about us, we should never have given up our territories in the Eastern Baltic and let them found St Petersburg..

(Again, I feel strange having to spell this out but in the light of statements by Mr Киселёв I feel that I need to say: I'm being humorous. Naturally, we need to take Finland first.)

I like Russia, I'm very interested in and have a great respect for Russian history and culture. I am very happy to have many Russian friends and I know that current politics of leaders does not reflect the attitudes of all citizens. I also know that many Russians are increasingly tired of constantly having to discuss highly problematic, complicated and controversial issues in a simplified and agitated manner with foreigners. I also know and am very worried by the growing hate/fear of Russians in Sweden and elsewhere. (Svenskar bör läsa detta.) I hope you all understand that these are complicated issues that should not be taken lightly. I also hope that you understand the humor that can arise from a particular situation like this, but that you refrain from generalizing and oversimplifying these matters.

Btw speaking of not all Russian citizens agreeing with the politics of their leaders, I would also highly recommend that you watch the second episode of 'Out There' with Stephen Fry  where he visits St Petersburg and speakers to politicians and ordinary people. The series is about showing that LGBT-people exists everywhere, and so does hatred/fear and love/acceptance. The most heartwarming example of the latter is this Russian lady from the Daily Show who quotes the excellent show Angel:

That's it for now, Vikingland ftw!

* Come on, learn Cyrillic! It's fun! Here's a handy site with some help with Russian names.

EDIT**** Before you say, yes it must be a mistake that Iceland is not colored green as the rest of Vikingland. They're our proud brothers & sisters and we wouldn't want to conquer any ex-viking territory without them!